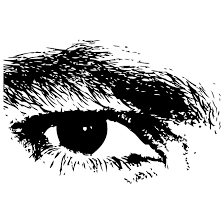 Thompson’s idea in Mind in Life: Biology, Phenomenology, and the Sciences of Mind. Harvard University Press, 2010, is that the explanatory gap (with which he identifies the Chalmers’ hard problem) can be “reduced”, if not solved, on the basis of the analogy between the autopoietic mode of functioning of the living being and that of consciousness. Ultimately it is the problem of understanding why we are conscious (in my view: why is it that certain things that happen in our brain appear to us as conscious experiences? and: why couldn’t our brain be just as effective at whatever it is it does if we were not conscious?).
(On a whole other basis – evolutionary – it also seems the intuition that inspires the Simona Ginsburg and Eva Jablonka’s book The Evolution of the Sensitive Soul: Learning and the Origins of Consciousness, MIT Press, Massachusetts, 2019, in which the markers of the origin of life are treated as “analogous” to the markers of the origin of consciousness).

To understand in what sense Thompson posits this analogy (between the form of life and the form of consciousness) we must remember the meaning of “autopoiesis” (originally defined in the book written by Francisco Varela and Humberto Maturana Autopoiesis: the organization of the living (1972) expanded and integrated with a previous paper on cognition in Autopoiesis and Cognition, Dordrecht, Netherlands, Reidel, 1980): a living being is basically a machine capable of continually regenerating itself. In particular, it is marked by self-organization, that is, it produces the components that, by interacting with each other, produce themselves and the whole of which they are part.

It is an interesting antireductionistic approach (for in the living would operate a downward causation from the whole to the parts, such that the whole is “greater than the sum of the parts”, in a holistic sense), but admittedly deterministic and mechanistic (it is not believed that “final causes”, “morphogenetic fields”, “occult forces”, “souls” or otherwise non-material entities operate as in vitalism).

What interested me in this approach was the fact that even the “boundary” of the organism is determined by the organism itself and, in turn, it determines the development of the organism, as in the paradigmatic case of the cell. According to the authors, the “autopoietic machine”, unlike a computer, does not work with input/output information and information processing, but only tends to reproduce itself: external “inputs” are only “perturbations” not unlike those that might come from inside the machine, to which the living machine reacts by reworking itself to maintain its self-organization. This process is also a form of cognition (we would say: learning or adaptation).  Moreover, not only are the boundaries established by the living being itself while it lives, but also the environment (the ecological niche) as a whole is co-determined by the organism. Each living being has the universe it deserves, we could say (we perceive certain light frequencies and space in a certain way, but an amoeba lives in a completely different environment; moreover each organism, together with the other conspecifics, is not only conditioned by the environment but contributes to define it).

As explained in the book written by Thompson with Francisco and Eleanor Rosch, The Embodied Mind: Cognitive Science and Human Experience, MIT Press, 1991 (in which the concept of autopoiesis mysteriously disappears, in favor of a simple, but synonymous “self-organization” – autopoiesis reappears anyway in Mind in Life) the interaction between organism and environment has “enactive” character. The action is influenced by the perception and the perception by the action in a circle of unceasing feedback in which information would not be processed in a computer sense, but would take place a process that is cognitive and “adaptive” together (and where the environment is also “produced” to some extent). Although with different language it is not a very different approach, in my opinion, of those of Seth and Hoffman: the “mind” would “bayesianly” work projecting on the “world” their own hypotheses or expectations  and would gradually correct the shot based on the feedback he receives (in my opinion the model is the way a young child learns to grasp objects by trial and error without any “gene” having predetermined the exact mode of operation to succeed).

What struck me was this idea of co-evolution or co-determination between organism, with blurred boundaries, and universe. I saw an embryonic form of extreme monism (like that to which I adhere). It is as if the organism were the universe itself that assumes a certain configuration, without clear boundaries between the part and the whole (we must not forget that the boundaries are fixed by the organism itself and apply only to it; in other words they do not have an objective character and do not mark a real external world, as suggested by the fact that the organism cannot really distinguish between inputs from outside and perturbations generated inside it).

This is where it becomes important to understand the difference between “life” (thus or otherwise conceived) and “consciousness”. Mind in Life seemed, in this regard, very promising.

Thompson, who is a philosopher, first of all develops an interesting discussion on the epistemological limits of the cognitive sciences, highlighting the transcendental (my term) function  of consciousness (and, therefore, the epistemological “need” of philosophy and especially of the phenomenology of Husserl, Heidegger, Merleau-Ponty etc.). The cognitive scientist often does not question the fact that, when dealing with consciousness, he puts his own consciousness into play, without having thoroughly analyzed its phenomenological traits (He can get so, e.g. , to demonstrate that, because consciousness has evolved only to promote fitness, it is not at all reliable cognitively; but he does not realize that, in this way, he makes the neuroscientific knowledge itself uncertain). Consciousness is not only an object of investigation, but also a means by which the investigation is conducted. In particular, the subjective consciousness of the researcher operates occultly as a comparison term even in those “objectivistic” approaches that try to limit themselves to the “data” obtained from brain scanning and to reports (which are in turn subjective interpretations!) of test subjects. The researcher must in fact compare what is reported with his own experience to give it a meaning.

Unfortunately, when Thompson comes to talk about consciousness, introducing his “neurophenomenology” (inspired by Varela), that is, a form of naturalized phenomenology, in which phenomenological self-analysis illuminates the experimental data and vice versa, while making very interesting observations, in my opinion, it fails in any way to reduce the explanatory gap.

The vague analogy between the “holistic” functioning of consciousness (which, in turn, as well as the brain, should not be seen as an information processor, but as a system that self-organizes itself homeostatically etc.) and that of the cell does not help us to understand the transition from one systems to another.

Thompson only lashes out against the Cartesian dualism , which also underlies Chalmers’ theory, the “representation” theories like Jerry Fodor’s, Jaegwon Kim’s etc. If you “reduce” nature, even biological, in a deterministic-mechanistic-physicalistic etc. way, you will never be able to derive consciousness. If, however, biological phenomena are understood as irreducible to physical ones, for the former have a capacity for self-organization, the gap with subjective phenomena, characteristically “intentional”, of consciousness would be reduced (it is interesting that Thompson recognizes to Kant the merit, in the Critique of Judgment, to have introduced for the first time the notion of “circular causality” to interpret the living beings and, in Mind in Life, going well beyond Maturana and Varela, admits also the notion of “final causality”, even if detached from any idea of transcendent “design”, as “purposiveness” intrinsic to autopoietic organization).

This strategy seems promising, but in my opinion it is very problematic. It is precisely the analogy between the two types of phenomena (life and consciousness) that makes the problem worse: if life is so “powerful” as a process capable of self-organization even when it is unconscious, why did consciousness evolve at some point?

Among other things it is curious that Thompson “attacks” also the theory of evolution by natural selection. But, so to speak, even if some of his arguments are convincing, he attacks it from the “left” (while the writer, more sensitive to the sirens of intelligent design or, better, a certain interpretations of the anthropic principle, tends to attack it from the “right”). That is, the idea is that organisms evolve spontaneously (it also borders on lamarckism, underscoring the possibility of epigenetic or “cultural” transmission of acquired characters) and that natural selection is limited to eliminating individuals that are irrimediably unfit. There would be no tendency to optimize fitness, but only a tendency to keep in place organisms minimally or sufficiently adapted. The basic thesis is that autopoiesis and not evolution would characterize life. Evolution would be a mere “historical” phenomenon (it is roughly the thesis of Piantelli Palmerini and Fodor in the book What Darwin got wrong, Profile Books Ldt, 2011). Selection, to operate, presupposes life, does not create it.

This kind of criticism, in my opinion, does not go far. Instead of explaining life and intelligence (or consciousness) it dismisses the explanation, giving an excessive role to chance, unless we want to reintroduce something like élan vital, final and formal causes, morphic fields or, finally, again, an intelligent design.

Moreover it seems to me a sophistry to say that selection presupposes life and not vice versa. Of course, in Darwin this is literally true. But what prevents us from assuming that selection operates on chemistry? Indeed, autocatalytic hypercycles, although not yet fully autopoietic structures, could be the precursors of life. Finally, if you want to keep yourself within a materialistic horizon, you must also explain the origin of the first autopoietic cell. If you give up selection, you have to rely on chance.

My criticism “from the right” is based on the fact that, on the contrary, the evident, even if progressive, optimization of the functions of the living beings cannot be the result either of chance or of mere selection, but requires a more “strong” explanation, the need for consciousness to arise. Consciousness, in my model, would be both the ultimate goal of evolution, and, circularly, the condition of “transcendental” possibility (since it introduces time, previously absent) of evolution itself.

But this is me, not Thompson.

Anyway the problem of the transition from life to consciousness remains unanswered. In my perspective, the question is what determines (or reveals) the universe’s ability to observe itself. Is it the fact of owning (or representing) a nervous system (treated by Thompson as a self-organized system) with certain traits, e.g. the neocortex? Or is it the fact of maximally reducing the internal entropy (interesting that Thompson unifies the idea of a closed self-organizational system, to characterize the living being, with that of a dissipative structure energetically open, far from the state of thermodynamic equilibrium, but able to “maintain” in this condition)? In short, what is the correlated (in my opinion not with causal role, but only of trigger) of consciousness?