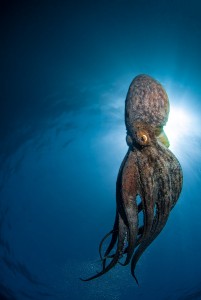 In the pre-print The Origins of Consciousness or the War of the Five Dimensions, Walter Veit develops an interesting theory of consciousness. Having adopted the evolutionary paradigm, he believes that a whole series of “additions” characteristic of human consciousness can be “peeled”. He posits that animals, in which consciousness would originally have appeared, are endowed with a consciousness reduced to the perception of their own emotions, in particular of pleasure and pain, which have an evident biological function (are useful for the conservation and reproduction of the organism that is endowed with it).

I find the idea that consciousness cannot be grasped either with an externalist approach or with an internalist approach strong and agreeable. Consciousness would not originally have to do with the “self” nor would it be reduced to a mere environmental effect (according to a crude stimulus-response model). For different reasons than Veit’s, these are conclusions that I have also come to.

I find Veit’s criticism of the autopoietic approach quite instructive. In Veit he is represented by Evan Thompson. According to the autopoietic “tradition” an organism is conceived as a totality without an outside, as I tend to imagine too, when I maintain that it is an envelope of the universe itself. If so, however, the peculiarity of the living organism is lost, that is, the ability to zero in itself the increase of entropy (character that, in my opinion, is connected with the emergence of consciousness). If there is no border between inside and outside, how can this peculiarity be highlighted? It would be necessary to imagine a sort of “entropic wave” that rises progressively after the big bang and then falls as life evolves on Earth, without introducing solutions of continuity…

I agree with Veit’s discarding a “diachronic” model of consciousness. I can imagine myself having Alzheimer’s and losing all or part of this kind of consciousness (exactly as a self-awareness).

But I do not agree with Veit’s discarding a synchronic model of consciousness, a model based  (correctly, in my opinion) on the idea of the unity of consciousness. The usual example of the “diffuse” or “multiple” consciousness of the octopus does not convince me at all. First of all none of us is an octopus and we cannot know what we would experience if we were an octopus (this is a more general limitation of Veit’s approach). Secondly, assuming that an octopus tentacle does not know what goes through the brain of the octopus and vice versa (as the right part of my brain would not know what the left one thinks in the case of resection of my corpus callosum), this would simply mean that there would be as many synchronic occurrences of consciousness as there are tentacles or independent parts of the nervous system (or brain) of a person or an animal. A multiple consciousness is contradictory to the notion of consciousness as a subjective experience. Two people probably have “two” occurrences of consciousness (like the octopus tentacle and its brain in hypothesis), but neither of them is directly conscious of the other (each makes an inference from himself or herself to the other, in the sense that each assumes for a number of reasons that the other person is also conscious). If one of the two occurrences of consciousness were also directly aware of the other, it would be seen e. g. a view in which the roofs of London would be confused with those of New York (if the two people resided respectively in these two cities) and, again, it would be experienced only one consciousness (in only one time). I see no alternative.

As for overcoming the notion of sensory consciousness, I agree with Veit that we should not associate it exclusively with seeing. But from this I do not understand how the value of the phenomenological dimension can be diminished. Even if people, unlike philosophers, think that consciousness has to do with evaluative issues related to affectivity and admitted and not allowed that this dimension can evade the hard problem, the stubborn philosopher can alone continue to wonder how the phenomenal experience is possible, even if by linguistic convention he agrees to call “consciousness” something else, what precisely people would call so.

For the truth Veit seems aware of this “right” of the philosopher and, in fact, not relying exclusively on the thesis of the “experimental philosophers of the mind”, he concludes in the following way (it seems to me his fundamental thesis):

Now, if Veit intends to argue that the evaluative experience (in fact the “affective one”) is at the root of the evolutionary phenomenological consciousness I have no objections of merit (but only of method: how does he prove this?). If by “root” we do not mean “cause”, but only the beginning in time of the experience of consciousness (like saying, in my model, that a zebra’s consciousness has more affective character than visual or intellectual) there is no problem.
Just recently I wrote a new page of my site, in which I recognize the functional value (for survival and reproduction) of “pleasure” and “pain” and other emotions. I consider these emotions as ways in which the body communicates/reminds the consciousness of its needs.
But how to center the consciousness in the affective experience helps to overcome the “gap between matter and mind” (to solve the hard problem) is obscure for me.

Why should what we and probably many other animals live as pleasure and pain be precisely “lived“? If a certain perception activates certain substances in the brain (let’s say endorphins) that push towards a certain behavior, why should all this be perceived as pleasure? The hard problem seems to me to remain intact.

From the epistemological point of view, as mentioned, I wonder how the literature widely cited by Veit can safely (or cheerfully) attribute “consciousness” to non-human organisms. I am deeply convinced that consciousness is spread beyond the “sapiens” (e.g. in anthropomorphic apes). But how to prove it? Is it a metaphysical option? I certainly see how animals behave, but how can I know what and if they “feel”?
E.g. Veit evokes at some point the fact that even very primitive animals, such as sponges, etc. are able to distinguish themselves from each other. But even our immune system detects possible “invading” organisms. That doesn’t make our immune system conscious!

Further Veit rejects the “biopsychism”, as he calls it, that is, the idea that life and consciousness evolve at the same time, even if at all costs he want to adopt the Darwinist paradigm (which he takes for granted) also for consciousness. I seem to understand that Veit imagines a sort of “delay” between the evolution of life and the evolution of consciousness, while maintaining that both evolve gradually.
But by what “signs” can he recognize in the non-human living the appearance of the primordial consciousness? How can he tell them apart from unconscious reflexes?

It seems to me that Veit’s paper is an eloquent example of how often the empirical approach, which tend to “naturalize consciousness”, which is proposed as scientific, is inadequate.
We need to know philosophically what can be meant by consciousness, how it can be recognized that also other animals are equipped with it, how we can verify or falsify our assumptions in this field, on what grounds the Darwinist approach can be considered scientific and not merely speculative, and so on.

Otherwise we risk taking a seriously “scientific” attitude against the philosophical chatter while falling into the opposite error: we make speculation with the aggravating circumstance of a lack of awareness to make it. 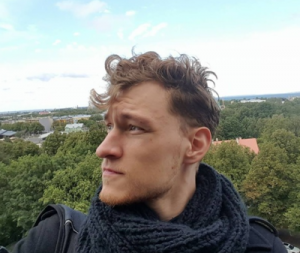 “Hedonic value of a stimulus or a bodily state seems to be an evaluation of its expected value to the organism” . There doesn’t appear to be an additional problem of why there is valence. This makes the evaluative side of experience a compelling target for an attempt to bridge the gap between matter and mind. To have a phenomenological experience is to have an evaluative experience. To naturalize the puzzling notion of ‘qualia’ is simply to explain how and why organisms have such an evaluation. Phenomenal states simply are explained within the context of an affect-based model of phenomenological experience.